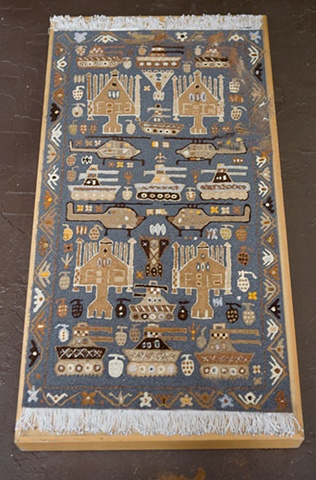 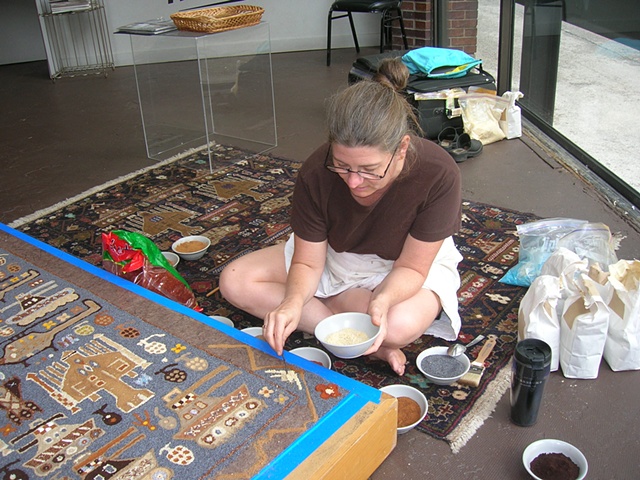 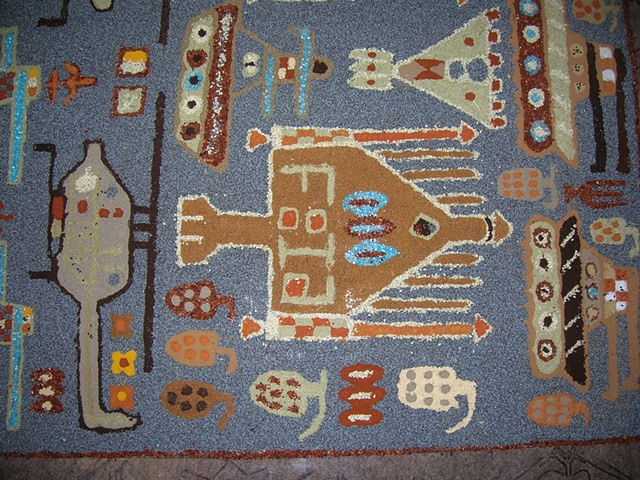 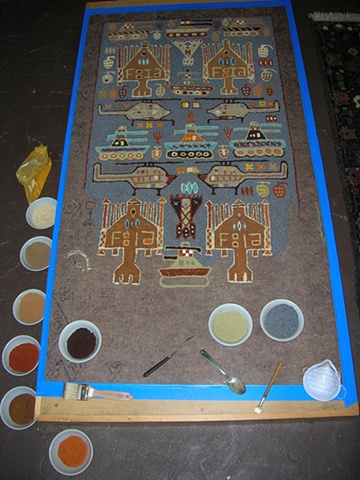 Partway through the installation process 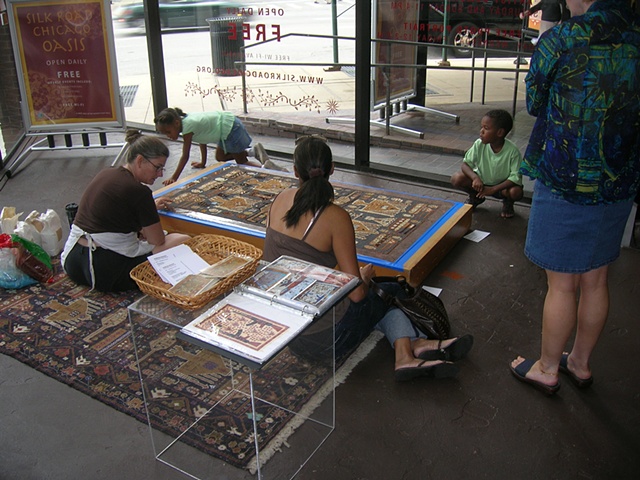 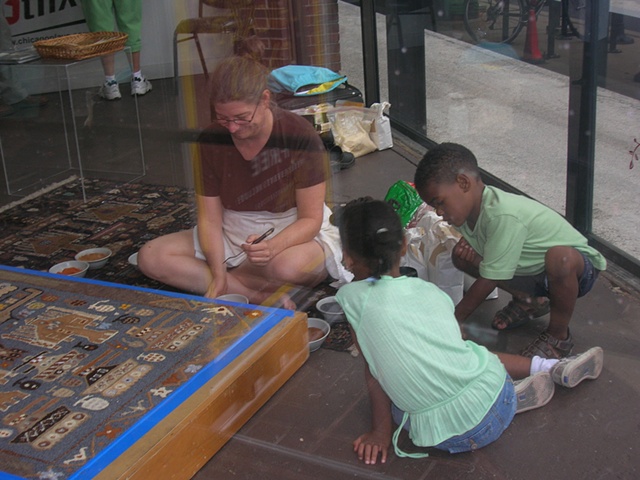 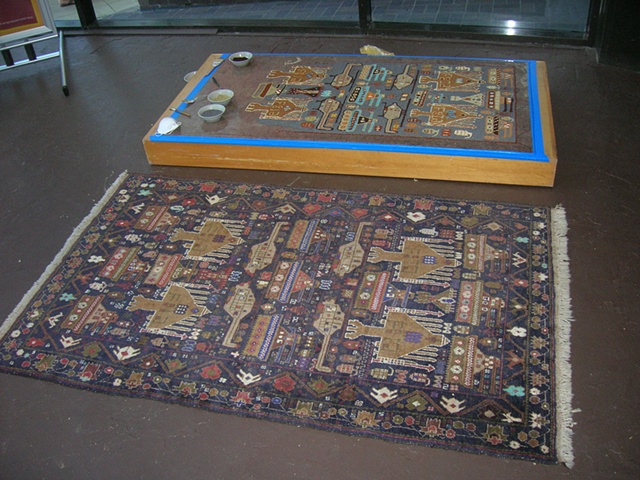 The original rug next to the installation 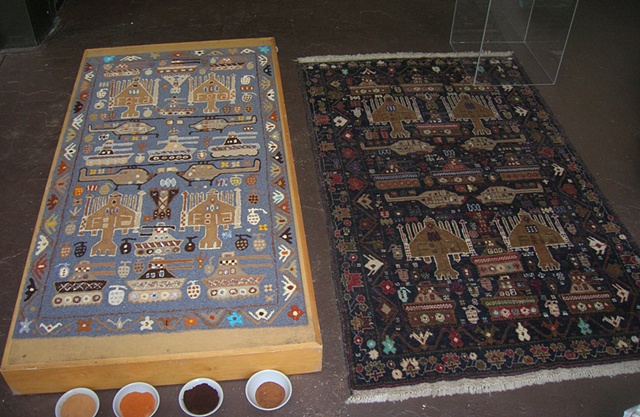 The original rug and the imitation 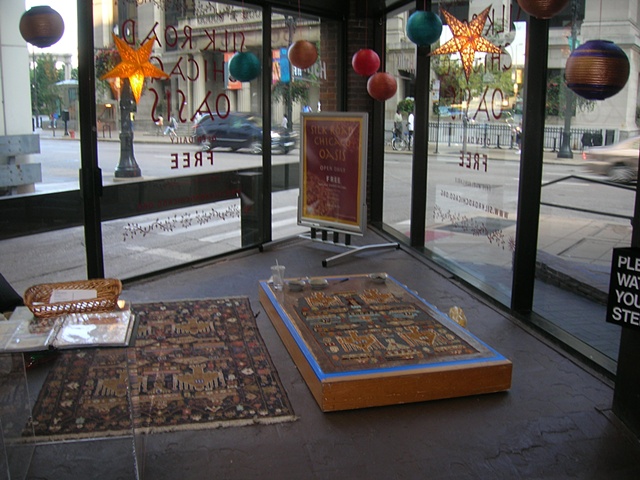 The installation in the window of the Chicago Visitors Center 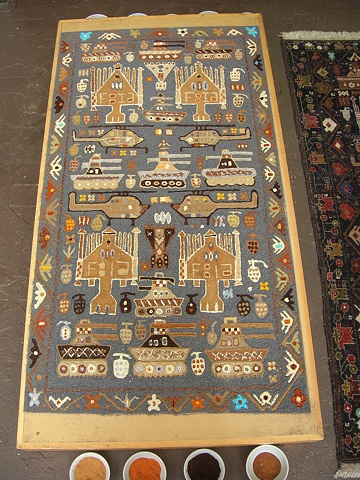 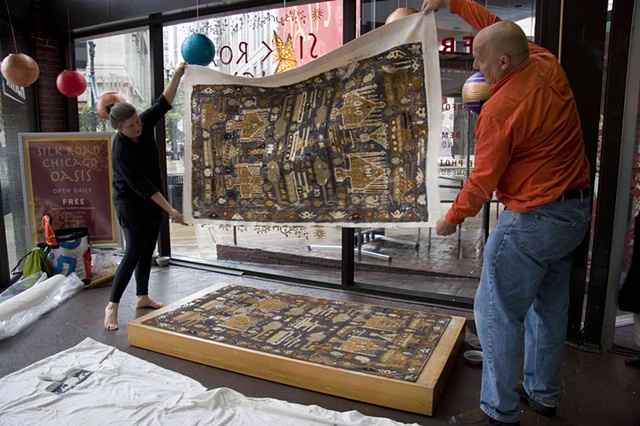 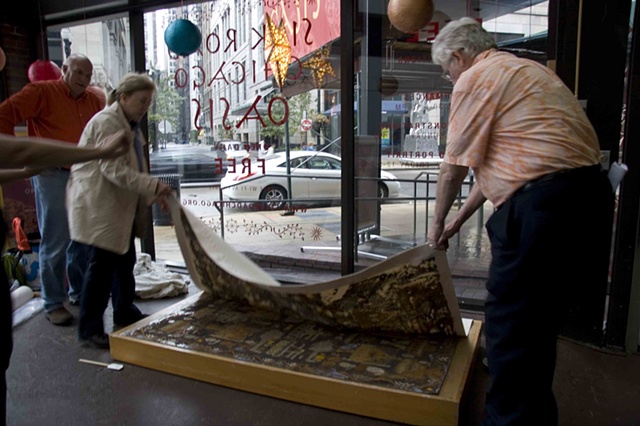 Phil and Joan pull a print 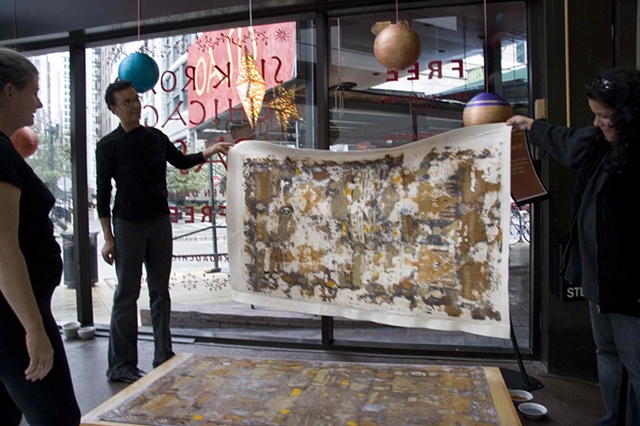 Alice and Nancy pull a print 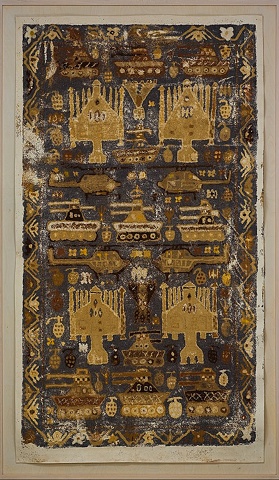 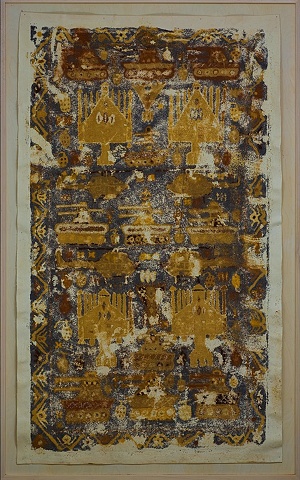 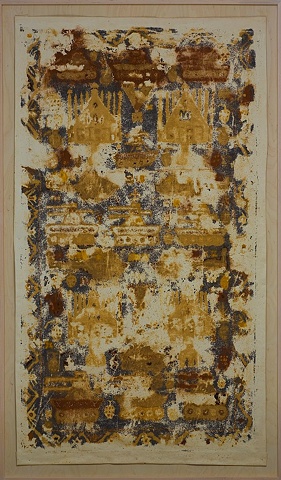 This carpet was made in conjunction with the Silk Road Festival hosted by the Chicago Department of Cultural Affairs. During the summer of 2006, the Chicago Visitors' Center became a Silk Road Oasis, and I was commissioned to create an installation based on an Afghan War Rug.

The carpet was made using poppyseeds, sesame seeds, mace, ginger, turmeric, colored sugar, coffee, pepper and other spices. It depicts heavy weaponry that the Soviet Union used during its occupation of Afghanistan in the 1970s and 1980s. Very few depictions of small arms indicate that the original carpet was woven by women in an area with heavy Soviet influence.

This installation was done with the original carpet as a guide. It was made over the course of a week, and many people were interested in the technique and subject matter. It remained on display for several months, fading in the sun. At the conclusion of the exhibit, three monoprints were pulled in a public ceremony that also included a poetry reading and discussion about the current wars in Afghanistan and Iraq.