A temporary installation in the Skokie Sculpture Park in 1999. This suburb north of Chicago is known as a center of Jewish life, and also as the location of a notorious rally by the Nazi Party that led to a Supreme Court decision on Freedom of Speech. I wanted to counterpoint the gravity of Skokie's history and reputation, and drew inspiration from the children's game "Candyland." On the coldest day of the year, I and my family, fiance and a few hardy friends spent hours skewering several thousand gumdrops onto the thorns of three hawthorn trees in the park. The trees became colorful and the thorns were made "safe". By Spring, most of the gumdrops had fallen to the ground, faded in the sun and melted in the rain. Only the black ones attracted migrating ladybugs. 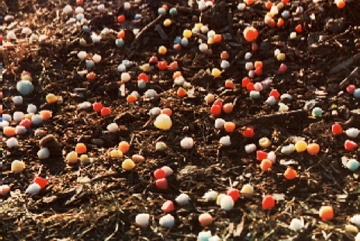 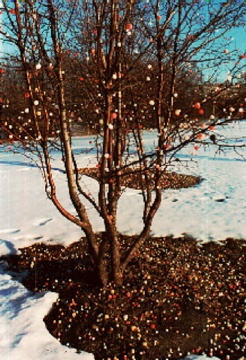 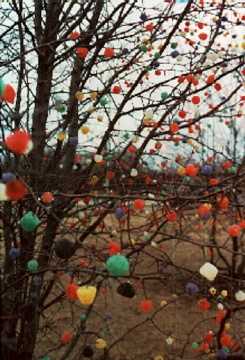 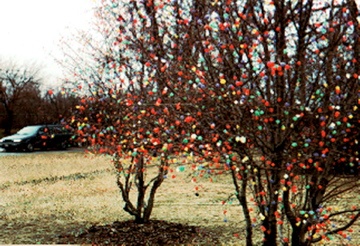 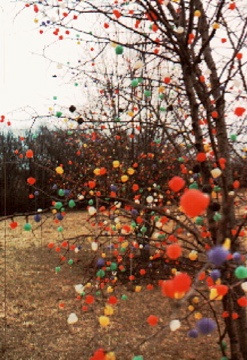