My grandmother and aunts would lovingly crochet cosies for kleenex boxes and extra toilet paper rolls in a curious quest to disguise items considered unmentionable. Forty years later, I'm reminded of that when families buy protective vests for their soldiers, or other families arm their youngsters in age-old cycles of violence. When war becomes everyday life, do grenades become the new unmentionables, covered up by grandmothers and loving aunts?

Grenades are named after pomegranates, the ancient symbol of fertility. Grenadiers were the French soldiers who stood in the front to light the fuse, wait a few moments, then hurl the bomb at their enemy. I began making grenade cosies as an exploration of how a traditional American craft could become influenced by war... much as the war rugs have been shaped by military occupation of Afghanistan.

The price of a grenade in Bagdad has risen 200% in the last two months, and many more people are carrying them. Perhaps they will become as much a fashion statement here in the U.S.? 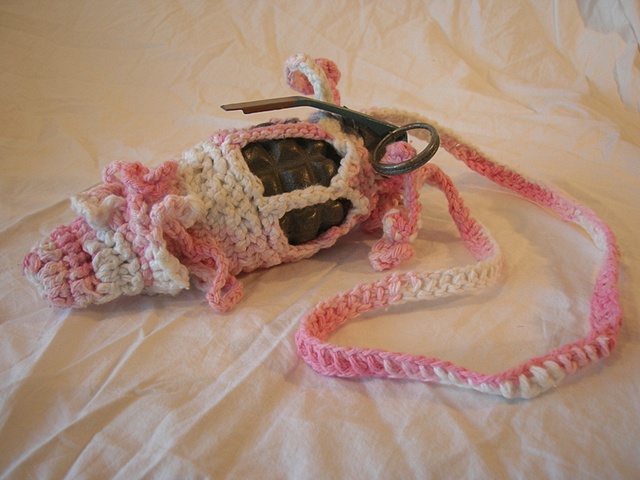 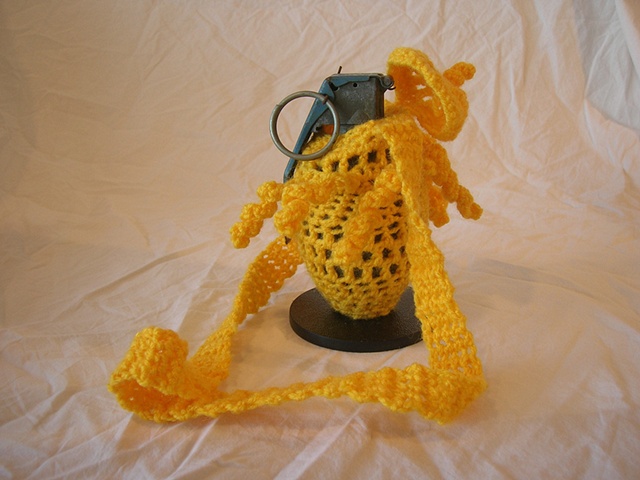 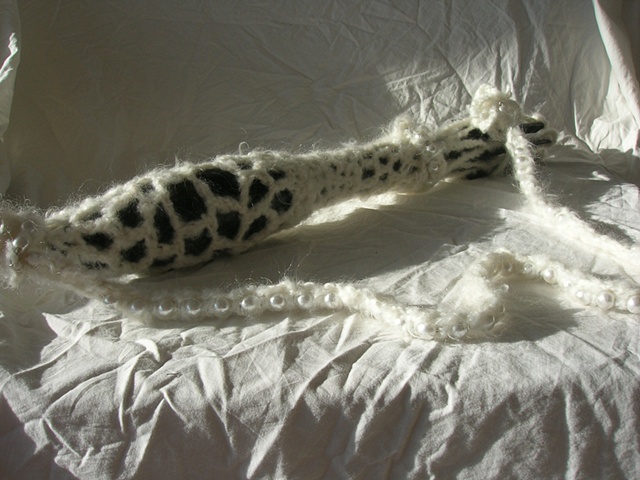 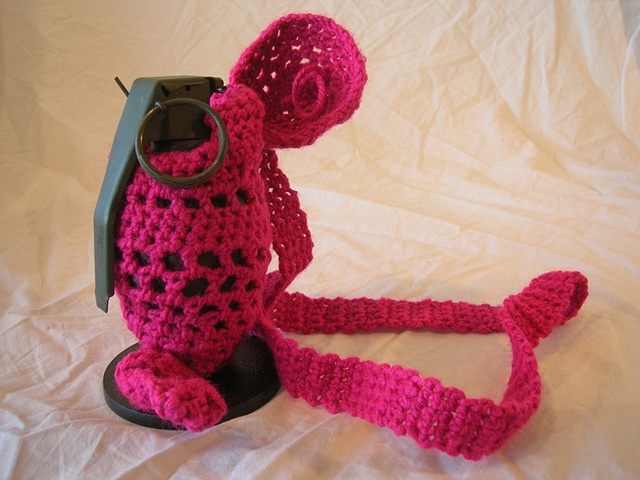 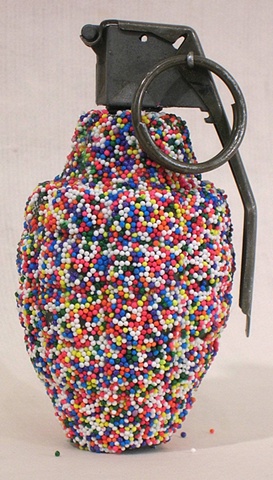 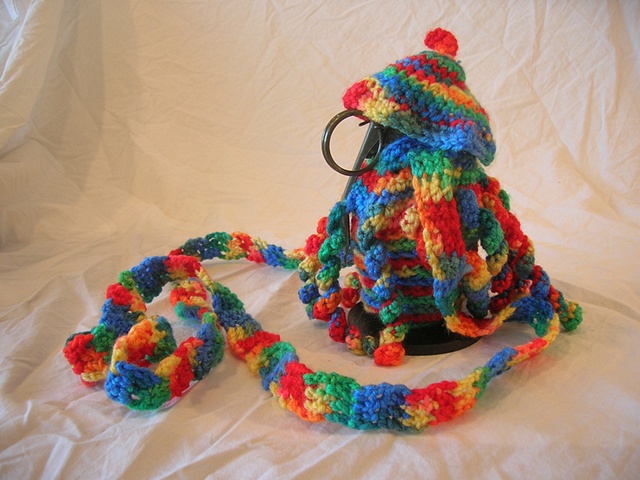 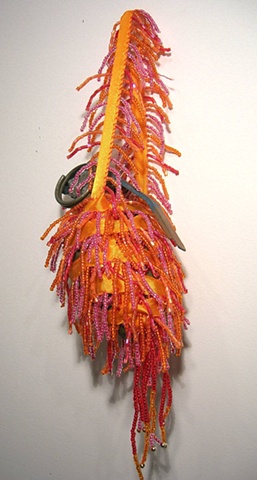 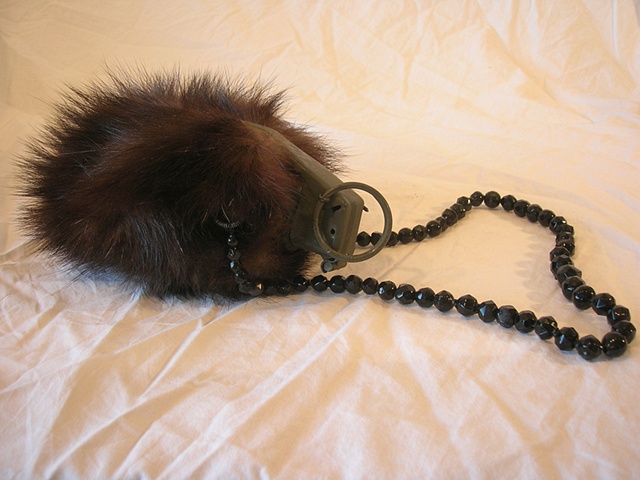 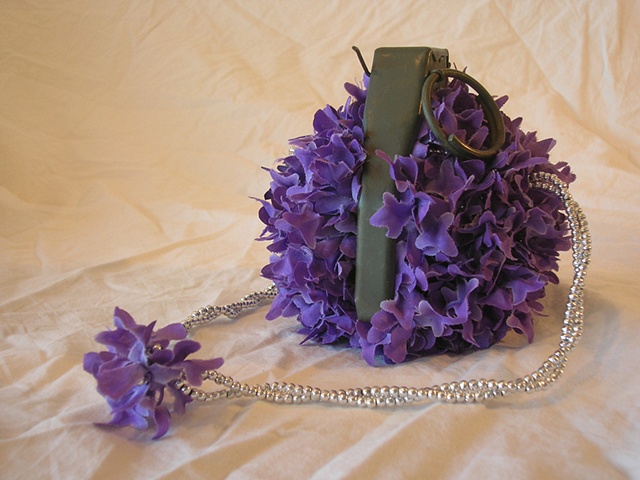 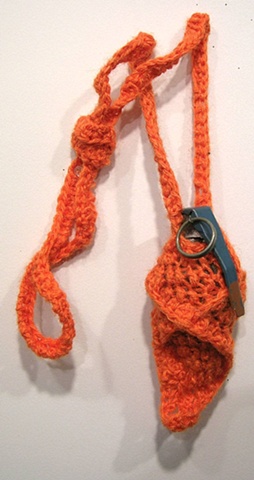 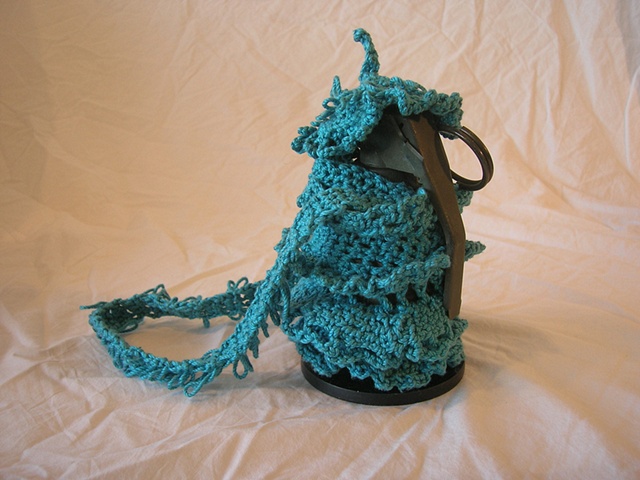 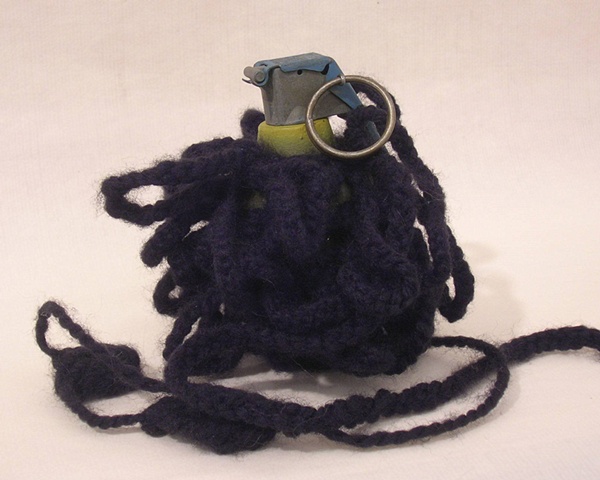 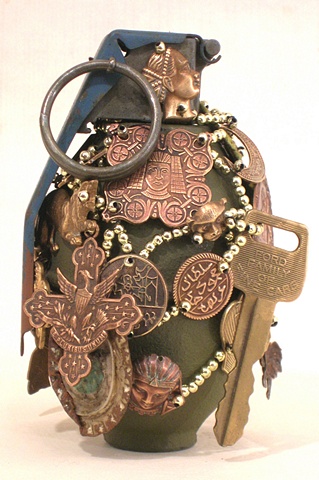 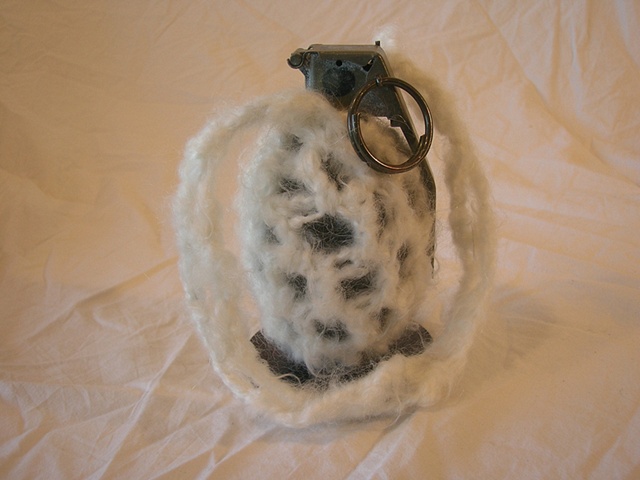