To mark the centennial of the first major genocide of the 20th century, Jackie Kazarian created a monumental painting, Hayasdan. The painting honors the strength and resilience of the Armenian people and is intended to inspire others to confront hatred, prevent genocide and promote human dignity. Kazarian made numerous studies for the painting, dating from 2014 and based on illuminated manuscripts, ancient maps and architecture from the Near and Middle East, as well as family heirlooms and artifacts.

As Post 9/11 conflict escalates, spreads and mutates, from Afghanistan and Iraq to Pakistan, Syria, Lebanon, Turkey, and beyond, the lessons from the last century’s first genocide remain powerful and resonant.

Jackie Kazarian’s paintings, drawings and wallpaper installations have been exhibited in Chicago, New York, Miami, Spain, Armenia, Vietnam and Japan. She has produced videos and installations in collaboration with Chicago dance companies The Seldoms and 58 Group. Public art commissions include the U.S. Embassy, Armenia and the City of Chicago. Kazarian is a 2008 fellow of the Ellen Stone Belic Institute for the Study of Women and Gender in the Arts and Media at Columbia College Chicago. In 2010, she exhibited and conducted workshops in Syria for the U.S. State Department. Kazarian is a graduate of the School of the Art Institute of Chicago (MFA) and Duke University (BS) and lives and works in Chicago. jackiekazarian.com 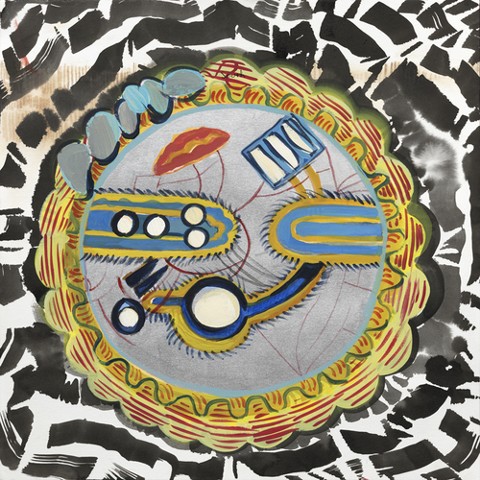 Jackie KAZARIAN, Studies for Project 1915
goauche on paper
next >